Where there is glory, there is inheritance

Labels such as solitude, pride, paranoia, have been around him through his entire career

Get FMVP and two-time scoring championship in two consecutive years,

81 points in one game

Countless classic moments has been branded in our minds 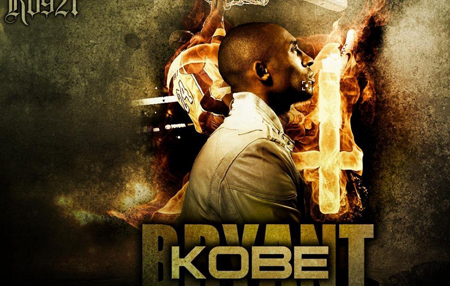 The last game of Kobe, NBA star, has been the very place that his dream set off. With his glory and total points as 33643, his ranking in NBA is the third.

20 years ago, Jordon led Chicago Bull and created the history of winning 72 regular seasons, he entered the association.

After 20 years, as he completed his final game, Curry led Golden State Warriors rewrote the history by winning 73 regular seasons. 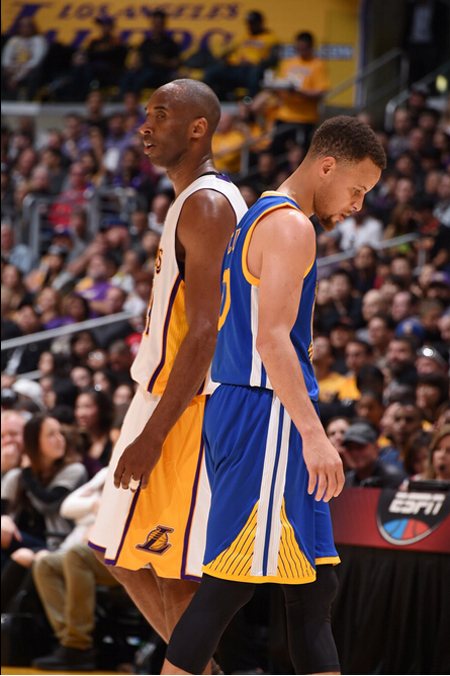 History has astonishing coincidences, it is the day that will be branded into NBA history.  With 402 times three-point shoots, Curry has been the first one in history. The NBA inheritance has passed to next generation. One star fades away, another has been rising. 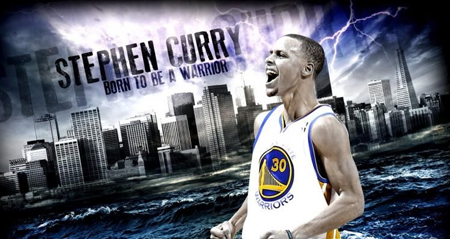 Where there is glory, there is inheritance. In those years, what GONSIN TL-3100 created has been kept in minds by us. In 2007, GONSIN launched full-digital conference discussion system 3100 series. As a kind of classic product, with its stable performance and excellent quality, it has been applied to 4th United Nations Conference on LDC, World Heritage Committee 31st secession, the Commerce Department of the Inner Mongolia Autonomous Region and other international conferences and high-rank conference venues. 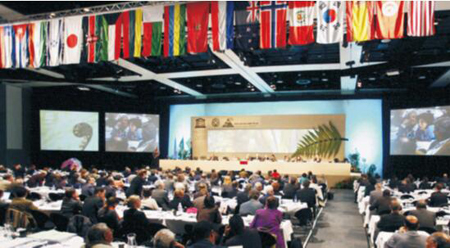 As a world-known provider in the complete solution of audio and video conference system, GONSIN has persisted the self-innovation and product differentiation strategy since its establishment. In order to meet the market demand, GONSIN has launched 3021 wireless conference discussion system in 2015. With the background that governments stopped building new buildings and cut down the conference budget, the system is developed as a kind of basic discussion system without installation, debugging and auxiliary equipments. The system is suitable for the upgrading of old conference room, temporary conference venues, rental market and ancient building. With one central control unit, one set of transmitter and receivers, and several microphones, the conference would be held smoothly. 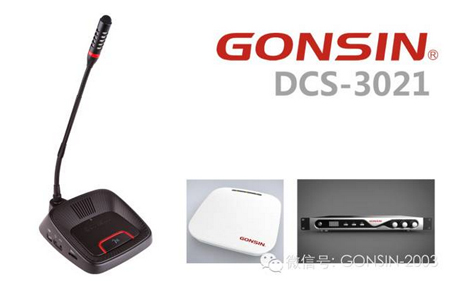 As a kind of self-developing wireless conference discussion system, DCS-3021 has better performance than other products. Cutting-edge technology, brand new design and superior performance has won the consecutive praise from customers.

The biggest selling point of the system is that it utilizes GONSIN self-innovated FS-FHSS technology and full-digital 2.4 G wireless communication technology, the system could detect and select the frequency range and avoid the co-channel interference. FS-FHSS ( Frequency Selection-Frequency Hopping Spread Spectrum) technology: the technology is the self-innovated one based on the hopping communication technology. GONSIN developed unique technology which enabled the device detect and select the frequency spectrum automatically to ensure the clean frequency spectrum for hopping frequency. Frequency selection and hopping double mechanism ensures the stable communication. Multiple system could co-work together without any interference, the maximum capacity is up to 500 terminals. That technology is also applied to other series wireless conference products of GONSIN, and realizes discussion, simultaneous interpretation, voting and other comprehensive conference application functions. All sub-systems could form into a huge system and connect to the same server for unified management.

DCS-3021 wireless conference system has another unique advantage, every parts of that system is light-weight.  All-in-one package solution makes device transportation more convenient. One set of devices for one conference, no installation, no debugging, no auxiliary devices, makes conferences effective and convenient. 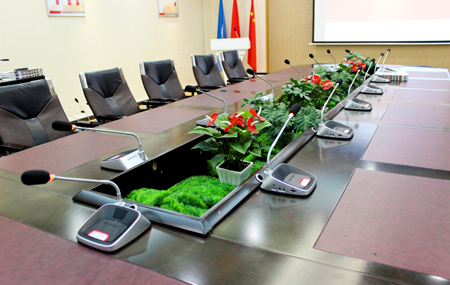 Or scan the WeChat QR Code： 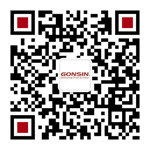 Posted by GONSIN at 8:47 PM No comments:

Happy time flies so fast that three-day InfoComm China 2016 has already ended. During this exhibition, as a leading provider in complete audio and video conference system solution, what does GONSIN bring to us? Let review it!

Firstly, the happiness of GONSIN. To thank for the support and attention to GONSIN and keep our friendship move forwards continuously, we has prepared many cash red envelops and exquisite gifts to share with visitors. Through these high-quality gifts, GONSIN welcomes visitors from the bottom of its heart.

And then, let take a look at GONSIN’s sharing! For 13 years, GONSIN has researched and developed professional conference system and has had deep understanding of the conference engineering. Meanwhile, we would like to share ours experience with others. In this InfoComm China Summit, GONSIN presents the speech with the theme of eight typical conference room solution, engineering design and installation precaution, hope to improve the industry development and strengthen the communication with its friends.

Gonsin Conference Equipment Co.,Ltd,( for short: GONSIN, stock code: 834726) has established in 2003 and been national high-tech enterprise, a proud member of ICCA，entered the professional conference system for 13 years. GONSIN has kept moved forwards stably and done it best for its cooperation and win-win with its customers!

Or scan the WeChat QR code:

Posted by GONSIN at 8:35 PM No comments:

Not to be missed, Exhibition with GONSIN

In April, Beijing is flourishing with blossoms and the spring vigor. In such a good time, it should come with excellent activity to complement each other. On 13 April,the top event in profession audio and video, InFocomm China 2016, is in grand opening at Beijing National Conference Center!

Brands gathers and forms the invisible competition! In this audio and video industry competition, GONSIN ( stock code: 834746), as a leading provider of complete solution in audio and video conference system, has some unique stunts as below.

InfoComm China Summit is the most authoritative and educational summit in the industry, it is aimed to educate the participants rather than advertise any specific product or company. As a result,the committee review the submitted topic strictly, all topic presented in the summit represents the top in the industry. Only the best expert or main brands in the industry has the chance to deliver speeches. In 2016, the topic submitted by GONSIN is selected again. With this precious chance, GONSIN hope to share its experience with you.

God of wealth calls you to come to GONSIN and get your prizes!

It is difficult to get a such chance. If not size it, you need to wait for one year. With two day left, take the immediate action.

Or scan the WeChat QR code:

Posted by GONSIN at 8:29 PM No comments:

Can’t Wait to Tell You Such A Good Thing! 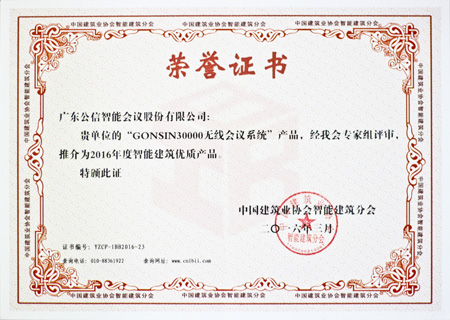 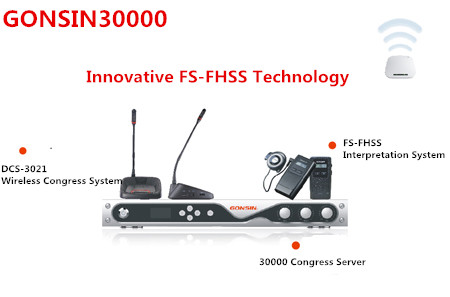 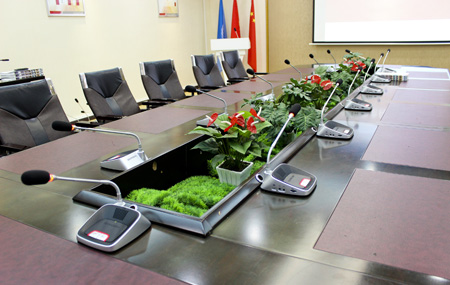 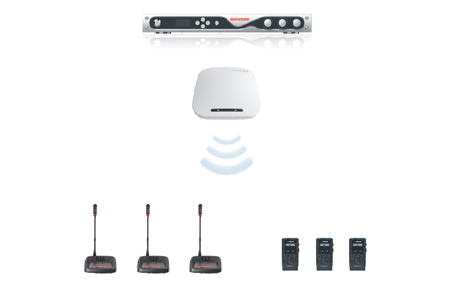 Third, all-in-one design
All-in-one design makes the transport case contain the complete system. The transport case utilizes the aviation case deign; it comes out with universal wheels, is easy to move; the case is made of high-quality material, sturdy and stable; the inner utilizes the anti-shock structure, convenient for users to store, move and transport products, which makes it very suitable for temporary conference and rental market.

Forth, small size, large capacity
With perfect management mechanism, the system capacity is up to 500 wireless congress terminals. GONSIN30000 wireless congress system utilizes the efficient digital audio compression algorithm, which improves the usage rate of the wireless carrier to ensure multiple systems work in the same building without interference. 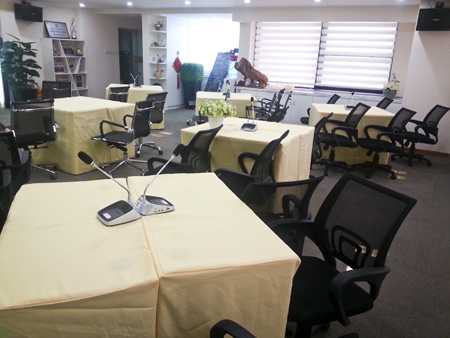 Fifth, elegant appearance
Sophisticated appearance could create the high-end conference environment. The combination between lines and points makes it simple and intuitive; the specially processed surface material is smooth, the texture is outstanding too; light-weight product, apart from clumsy, makes business free from burden.

As a leading provider of the complete solution of audio and video conference system, after speedy development in years, GONSIN has cultivated a high-quality Research and development team,  gained 41 patents including patents for a invention, utility model patents, appearance patents, received honors such as National Torch Projects from Science and Technology Department of China, Guangdong Province Key New Product from Guangdong Provincial Department of Technology and Science. GONSIN has the foothold in China and developed the international market actively. In more than 60 countries and regions, GONSIN has registered GONSIN trademark and sold products to more than 130 countries and regions. GONSIN products has been applied in 4th United Nations Conference of LDC, World Heritage Committee, G20 Summit, Organization of America States and other thousands of important conference projects.

There is a sentence that we regret not to met before, if you are interested in our products, please call directly, we are welcome to your visit.