Product design and development is the key for a company to survive.
At the 122nd Canton Fair, innovative product were shining on the stage.
​ 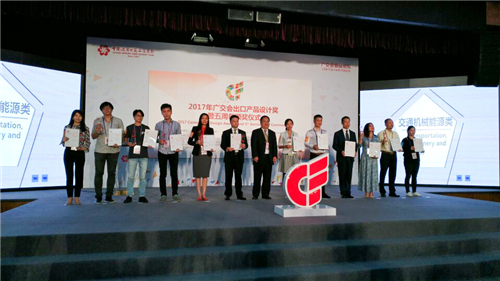 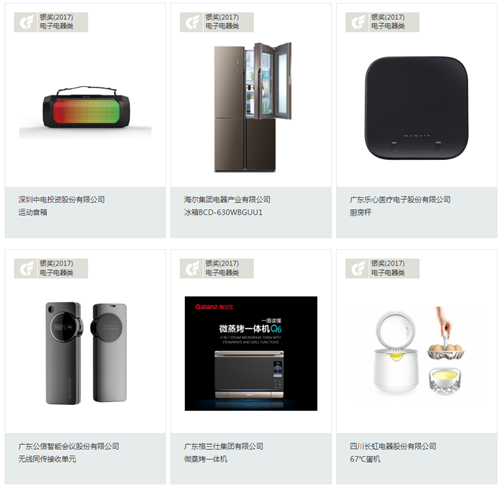 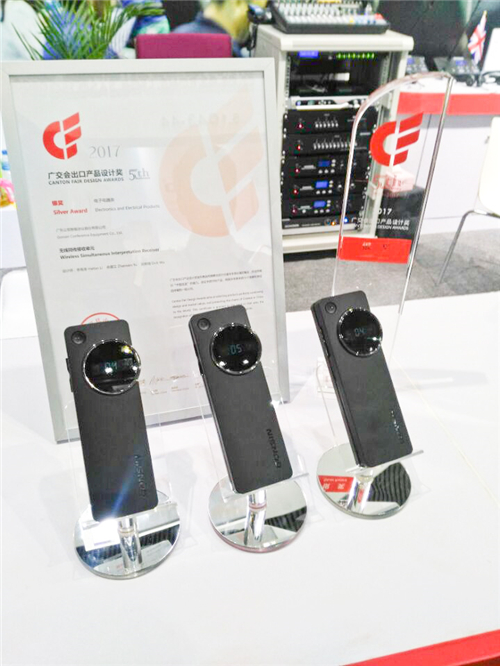 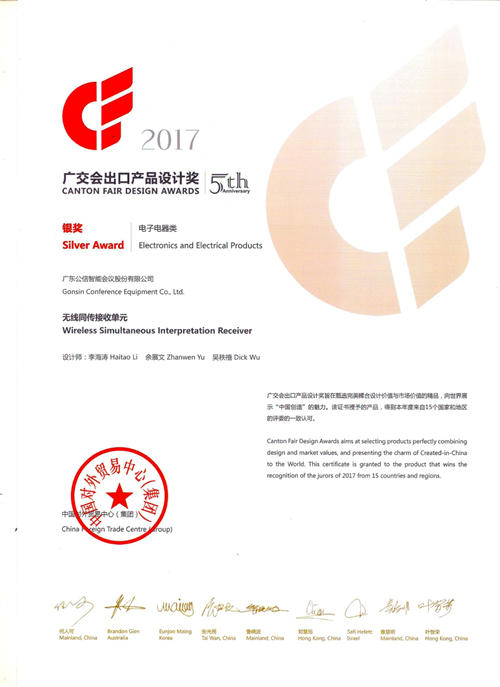 CF award selection is held every year since 2013. With the help of the world famous designers and senior buyers, the best product design were chosen and present at the Fair, which explains the charm of Made-in-China. GONSIN FS-FHSS wireless simultaneous interpretation won the silver award, which not only represents the innovation capacity of China, but also illustrates GONSIN professional reputation in the conference system industry. 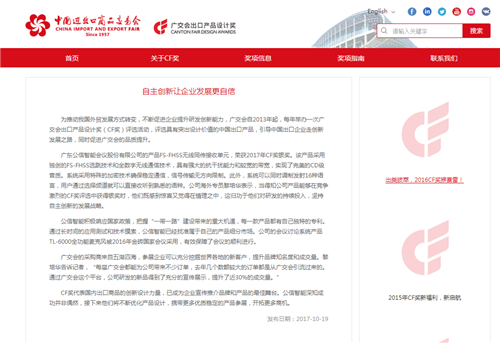 CF Award is the recognition to GONSIN product design, and it strengthens GONSIN Brand and promotes GONSIN development.  With the Canton Fair platform, GONSIN will expand more international market. 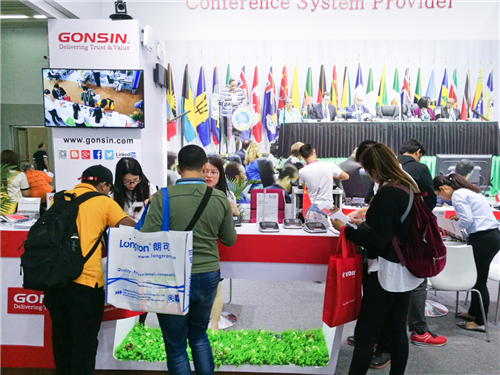 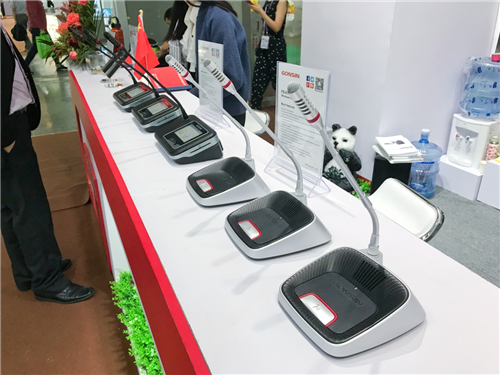 The five-day 1st phase Canton Fair has ended successfully, GONSIN not only won the CF Silver Award, but attracted many buyers. With concentration and persistence, GONSIN builds up its reputation in conference system industry and will keep creating more value for users. 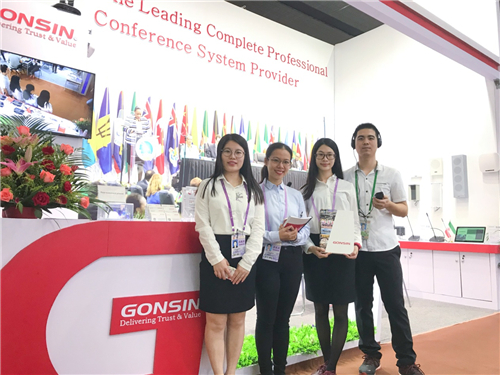 Posted by GONSIN at 1:57 AM No comments: