All-purpose Universal Box and Its Applications

With the initiation of the Belt and Road, governments at all levels have their project lists and construction solution. For AV industry, it has been a trend to seize opportunities of projects in the Belt and Road

There will be massive infrasturcture construction in B&R, which includes multiple conference centers, malls and other building that need to be installed with conference systems. During the boost of construction, conference systems will improve the communication efficiency and play an important role in political or commerical places.

However, in multiple old conference venues, we always find it is a headache that the existing equipments are still operating normaly, but problem is hard to expand for compatibility. If you replace all equipments, it will waste them, increase the budget and cases troubles for technicans and project designer.

Audio signal will transmit to other server from GONSIN interpreter console

GONSIN Meets Honda On The Way To The Best

From motorcycles to cars, from domestic sales to global strategy, among various car brands, Honda has gained its reputation. By 2016, the cumulative sales is up to 23 million and 170 thousand cars. How could Honda achieve this? Because it keeps pursuing the best.

As a famous international provider of complete audiovisual conference system solution, GONSIN has its product applied in various key conferences. GONSIN prides itself on its independent innovation strategy and product differentiation strategy ever since its inception in 2003.

GONSIN mission is to build bridges of highly effective communication in global perspective. With the hardwork from GONSIN R&D team, the third generation of GONSIN FS-FHSS simultaneous interpretation system was released in Prolight + Sound Guangzhou 2017.

Its unique FS-FHSS(frequency selecting-frequency hopping spread spectrum) technology has realized the frequency selecting and hopping double mechanism to ensure stable communication without any interference from block or strong light source. Not to mention, it comes with large signal coverage . All above allows it offer convenience to outdoor application.

Since it was launched in 2015, TL-3300 desktop conference discussion system has been the popular product. After years of upgrade, its anti-interference has been one of the best in the industry, which makes the conference held smoothly.

With fierce competition, GONSIN goal in 2017 it not only building its brand, but also upgrading its product chain. Keeping the product advantage is the way to be best.
Inquiry: http://www.gonsin.com
Or scan WeChat QR code:

Email ThisBlogThis!Share to TwitterShare to FacebookShare to Pinterest
Labels: GONSIN

Change As Your Will

​Recently, GONSIN has provided a set of complete audiovisual conference system solution based on the demand of Shunde  Xinjunyue Hotel and help it to build as a high-end commerical hotel integrated high quality service with modern elegant design.

Xinjunyue locates in the famous "town of flowers" Shunde Chencun. Since 2001, the hotel has operated for 16 years. In order to upgrade it facility, it take 300 million to invest the phase three project and build the hotel in according to the latest five-star hotel standard with the overall floorarge up to 54,830 square meters,  26 floors main building and 16 floors wing building. There are multiple conferences room that accommodate from 30 to 300 people, which is the ideal choice for conferences or other commerial activities.

Innovation for better development
Under the background that Chinese economy has entered the new normal, hotels need to upgrad themselves to become more intelligent and informatization. Aimed to Shunde Xinjunyue Hotel, GONSIN has designed a combined solution based on TL-3300 desktop conference discussion system and TL-4200 desktop digital conference discussion system.

As a kind of leading production in the industry, TL-3300 desktop digital conference discussion system has been installed in multiple international conference and high-endconference venue, gained consisteent recognition. The special hidden cable design of TL-3300 has made it highly integrated with the conference venue, the overall effect is much perfect.
Verstile Functions

GONSIN TL-4200 desktop digital conference system not only suits daily conference holding, but also comes with other multiple functions. It supports video camera tracking: the camera will automatically aim at participant who speak with TL-4200. the dome camera can recognize the picture information, capture the speaker’s image and transmit the image signal to display equipments; By extended function, it comes with attendance registration, voting, election,evaluation and simultaneous interpretation functions; Besides, the system has voice-activated function (VOX); in VOX mode, the microphones will be turned on automatically as participants speak; The VOX sensitivity is adjustable, which provides great convenience for the visually impaired people.
Since its establishment in 2003, GONSIN has focues on hotel industry and provided excellent products and service for users
Inquiry: http://www.gonsin.com 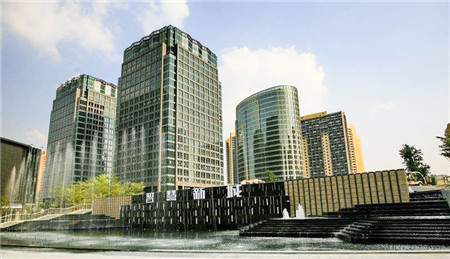 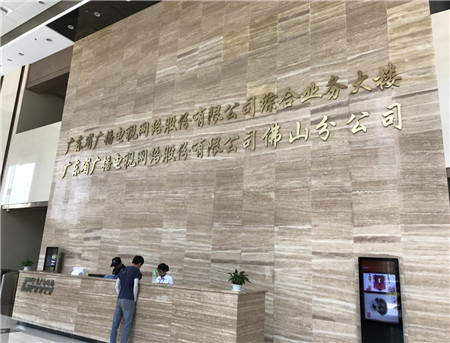 GONSIN Assists Foshan Cable’s Information Construction
The priority of Foshan Cable is to improve the communication efficiency. The conference system in its new office building is configured according to the newest technological standard. As the famous provider of complete  audiovisual conference system solution, GONSIN has offered a professional conference solution. 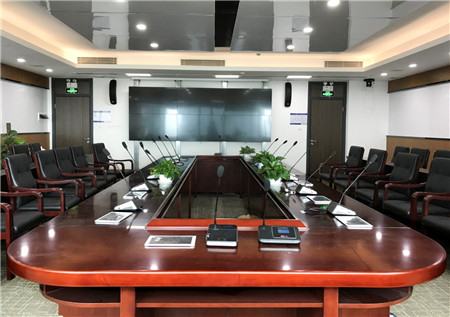 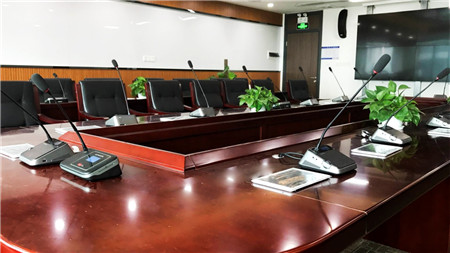 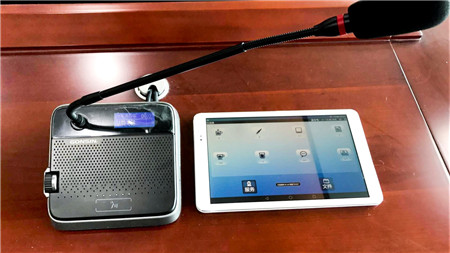 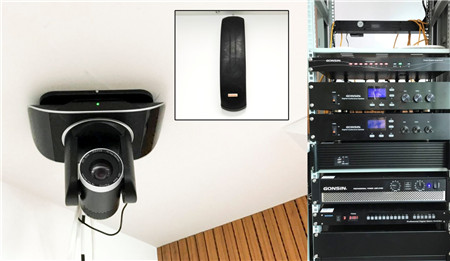 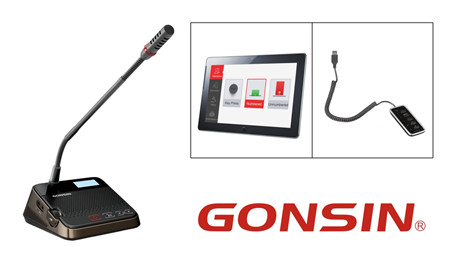 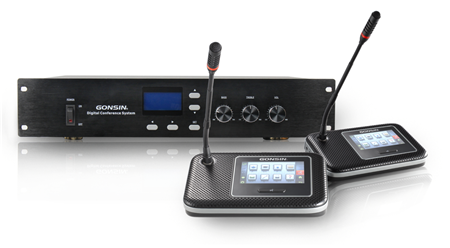 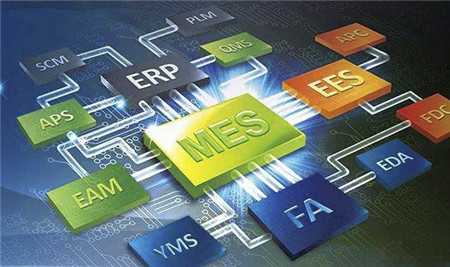 Foshan Cable saved the operation cost and improved the communication efficiency by new conference systems, which is the development trend for companies.